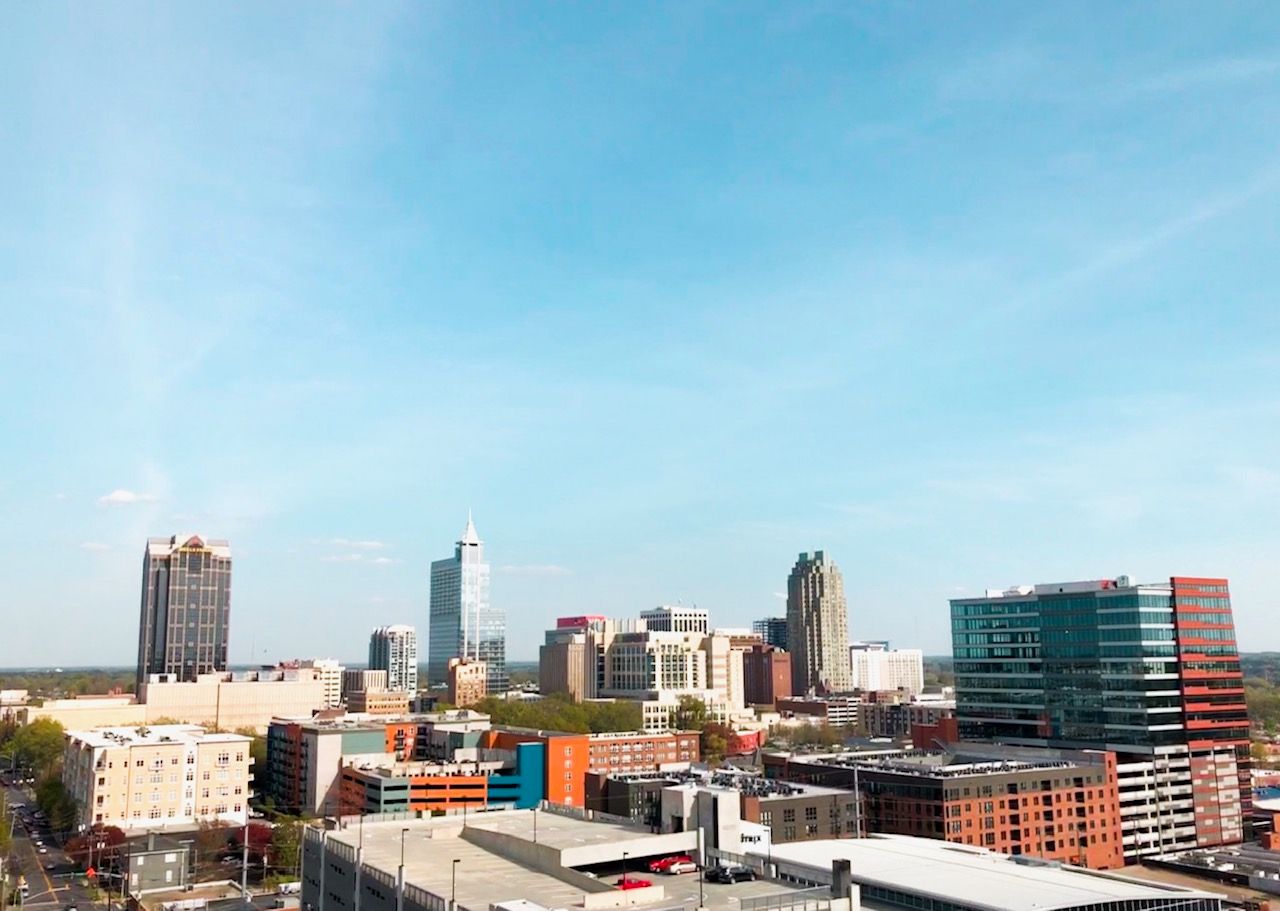 The One Glenwood Tower is completely finished with over 212,500 square feet of space on 10 stories. The building is centered perfectly between the Warehouse District and Glenwood South District, adding much-needed office tenants as well as more ground-floor restaurant/retail space. The entire building is about 96% leased the offices get amenities such as a rooftop terrace and lounge, common meeting spaces, a bike share and bike room, on-site security and management as well as access to the parking garage.

There are a few ground-level retailers that cannot be announced yet, but the upper floors are basically filled with established businesses that are moving or relocating in Downtown Raleigh. And the views are incredible. This new tower gives us a new angle of Downtown Raleigh's skyline to enjoy. 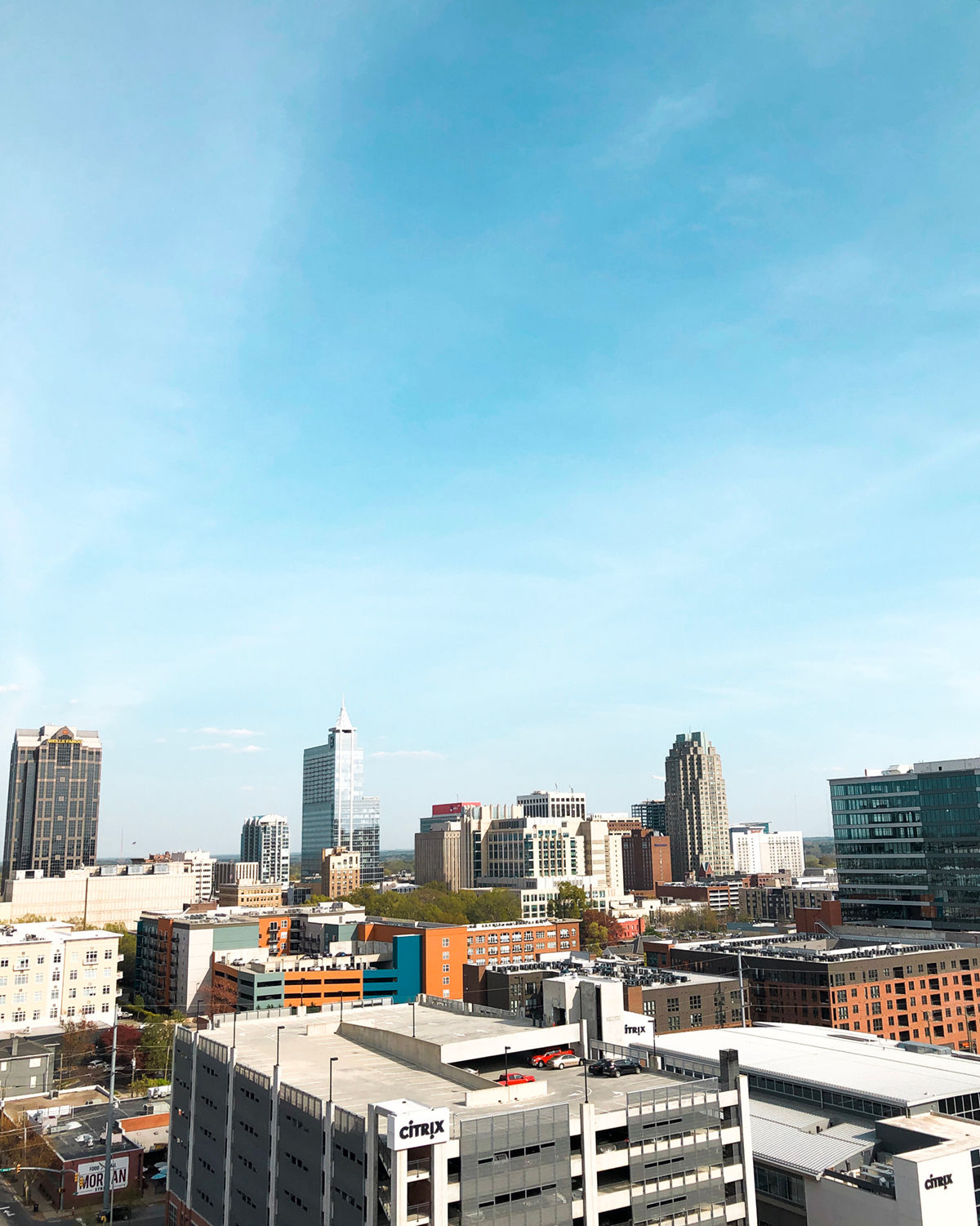 Capital Bank, which was recently acquired by First Tennessee Bank, will be the naming tenant for the building. The banking organization will be moving its local headquarters to the One Glenwood building from Fayetteville Street in the process. One of Raleigh’s oldest banking institutions is here to stay in Downtown.

Dram & Draught will be on the ground floor of the tower and is a place for whiskey drinkers, crafter beer lovers, wine enthusiasts or the casual cocktail drinker. They consistently update their menu offerings, so visitors can almost always try something new.

Gensler is moving across the street into the One Glenwood. The local branch of the architecture, design and planning firm has worked on several Raleigh projects including downtown projects: 400 Hillsborough Street tower, the Alfred Williams & Co. building, Brooks Pierce office in the Wells Fargo building, CBRE office in the Womble Carlyle tower, Park Poe offices in the PNC building and Myriad Media on Salisbury Street.

Heapy Engineering is an engineering firm founded in Dayton, Ohio. It has been rated as one of the top 100 Green Design Firms by the Architectural Record. 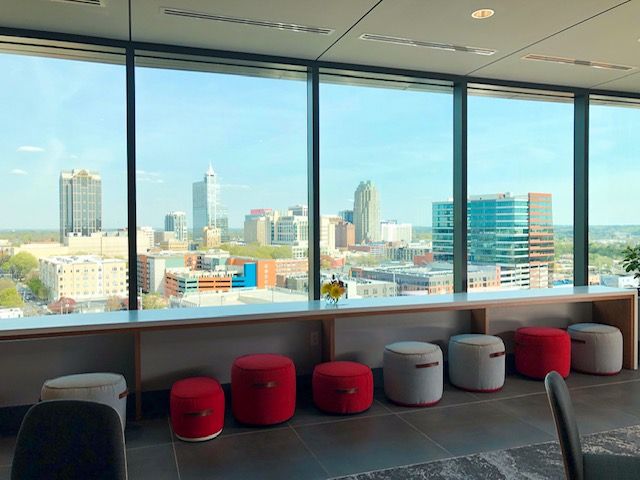 Issuer Direct Corporation is a communications and compliance company that serves more than 2,000 public and private companies in more than 18 countries. They will be moving their headquarters from RTP to One Glenwood.

McAdams primarily focuses on civil engineering but also does landscaping, surveying and other environmental work. Their projects mostly take place in North Carolina, specifically, Union Station and Christ Church near the Capitol building.

SEPI Engineering & Construction was one of the first companies to actually move into the building. The engineering firm offers several skill sets including planning, designing, surveying, landscape and environmental work, construction inspections and more. The woman-owned business has more than 350 employees across NC and has worked on downtown projects such as traffic signal designs and the Dorothea Dix Park Master Plan,