I think most are pretty aware that downtown Raleigh has a thriving, authentic food scene. We have a handful of James Beard Award nominees and winners and

there’s always room to add more! Oscar Diaz of The Cortez is the latest Downtown Raleigh chef to be nominated for the prestigious award and we couldn’t be more excited for him!

Oscar wasn’t always a chef – but he was always hungry, as he puts it. His experiences, travels and tastes have put together a unique opportunity to help bring the new culture and cuisine to our city – basically Southern staples with a Mexican twist (or Mexican staples with a Southern twist – depending on who’s asking!). He grew up in Chicago, spent summers in Mexico, moved to Las Vegas and then Los Angeles before landing in Raleigh, where he helped the Ibarra brothers re-concept and create Jose & Sons. After feeling like a transplant in all the other places he’s lived, he finally feels at home in Raleigh and is here to stay and help continue the evolution of this food culture – and himself. He wants to create food what he wants, not just what he thinks everyone else wants.

The Cortez on Glenwood Avenue will celebrate its two year anniversary this summer. The concept is similar to Jose and Sons with the idea that it’s a mixture of cuisines and styles, but this restaurant is focused on seafood. Diaz wanted to celebrate the coast of North Carolina and create food that’s diverse, yet locally-focused. The kitchen is also focused on sustainability – so there’s almost no waste. They reuse scraps or shells to create sauces or salts. He can use some leftover ceviche juices to create a pasta meal for that night’s dinner service – it’s all based on the ingredients on hand and his style – which he called “freestyle style.” 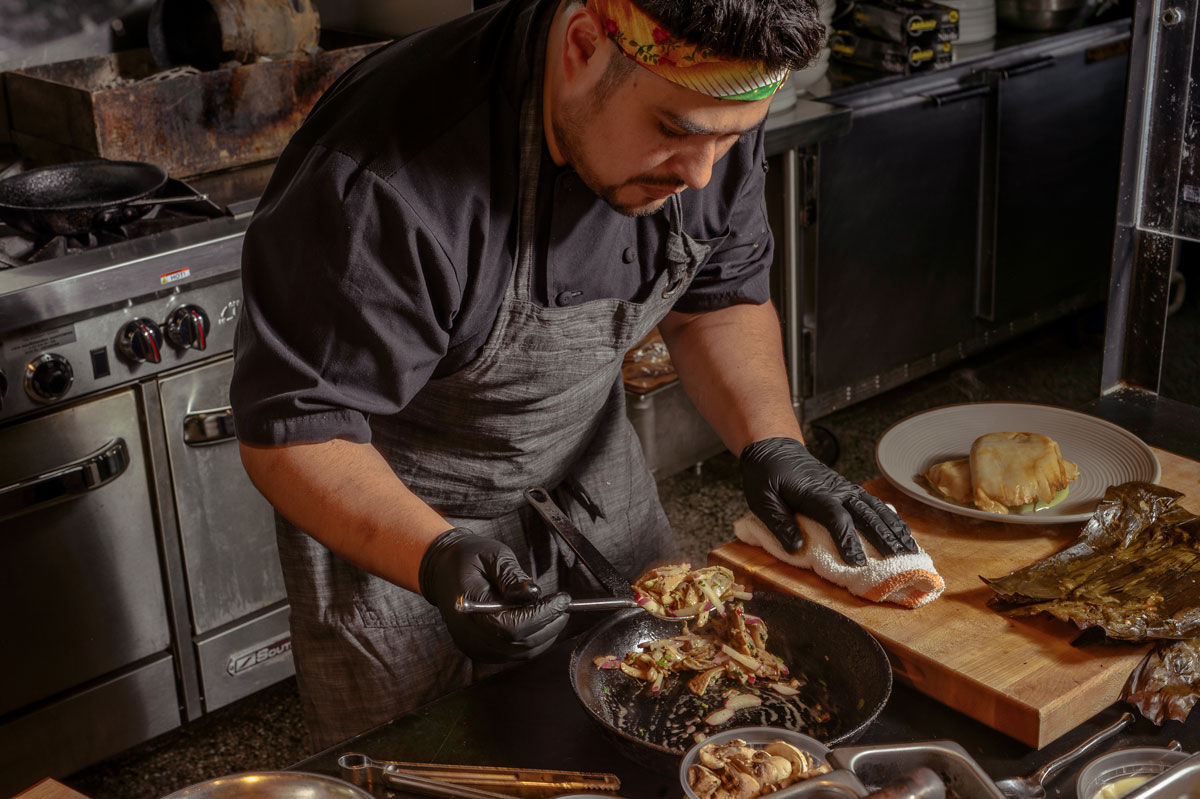 The menu has some mainstays but for the most part, it’s evolving daily based on the freshest options from the coast and the farmers market. You could go every day they’re open (Tuesday-Sunday) and try something new each day. They also host a dollar happy hour 5pm-6pm each day and offers fresh oyster options from Local Seafood, all coming from the NC Coast.