As southerners, we take pride in our ability to handle the summer heat, wearing our sweat stains like a badge of honor. But with temperatures peaking in the upper 90s, this time of year in Raleigh can be a challenge for locals and visitors alike.

If you're exploring Downtown, find some relief from the heat and support local businesses by trying out these frozen desserts. Using this list, you can cool down and satisfy your sweet tooth no matter where you are in Downtown’s six districts.

This is not an exhaustive directory of places with frozen desserts in Downtown Raleigh, find more options here.

During your next visit to the Glenwood South District, add The Cupcake Shoppe Bakery to one of your stops. This boutique confectionery prides itself in small-batch, scratch-made production with a regularly updated menu of seasonal pastries. A notable feature of the store is a window to the kitchen where guests can watch as staff whip up baked goods daily.

From now until Labor Day, you can get their summer seasonal ice cream sandwich in an assortment of flavors. They use an old-fashioned “hot water technique” to give their brownie cookies a chewy, fudgy texture that perfectly complements the soft ice cream. 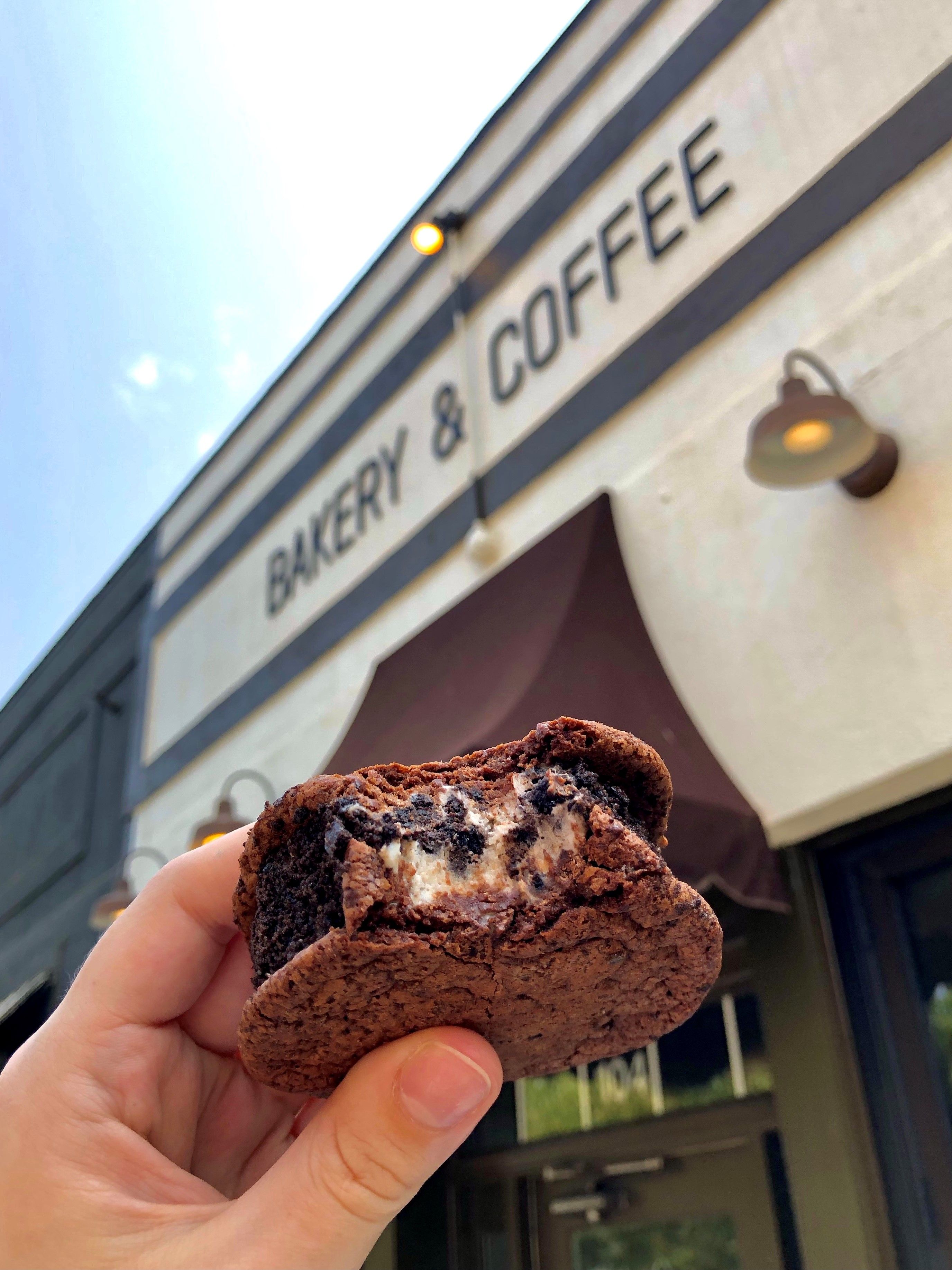 Try a scoop (or two) of the Sola Cinnamon Donut: a collaboration with SOLA Coffee and Cafe. The ice cream is made by soaking Sola’s popular mini-donut in Two Rooster’s base overnight, so it melds into a creamy, cinnamon flavor.

Captain Cookie and the Milkman is a dessert shop that specializes in fresh-baked cookies and locally sourced milk inside the historic Transfer Co. Food Hall. They first opened in 2012 and have expanded into multiple permanent/mobile locations with a mission focus on charitable endeavors. Owners Juliann and Kirk Francis aim to “save the world one cookie at a time,” so a large portion of their profits goes toward initiatives to end hunger.

Getting an ice cream cookie sandwich would be the obvious choice, but their milkshakes are great when you want to grab something on the go to walk around Downtown. You can choose a vanilla, chocolate, or strawberry ice cream base to go with one of their five different milk varieties.

Morgan Street Food Hall is the home of Raleigh Rolls, a unique ice-cream experience that puts a twist–or should we say roll–on the traditional sundae. They offer rolled ice cream inspired by street food vendors in Thailand with classic, southern flavors + fixings. Patrons can watch as their ice cream is mixed and spread across a frozen, metal surface turning it from a liquid mixture to a solid, velvety delicacy.

If you’re from the south, you probably have a special place in your heart for your grandma’s banana pudding. Now, you can enjoy the same flavors in rolled ice cream form with fresh bananas, vanilla wafers, and whipped cream on top.

Head down E. Martin Street to find Bittersweet, a stylish lounge where delectable desserts and satisfying cocktails go hand-in-hand. Bittersweet serves up classic and whimsical drinks with a complete coffee menu in case you need a caffeine pick-me-up. Gin connoisseurs will be excited to know that they have over 70 different gin options great for pairing with a handmade sweet or savory dish.

The Daily Planet Cafe connects to one of the most popular tourist attractions in Downtown Raleigh–the North Carolina Museum of Natural Sciences. The cafe offers a wide variety of food or drinks options from local suppliers for breakfast and lunch. You can enter the cafe from inside the 1st floor of the Nature Research Center or on the corner of Jones & McDowell Streets.

The Orion’s Belt is a classic smoothie selection made with blueberries, strawberries, bananas, and yogurt. We know that this isn’t technically a dessert, but it still gratifies your sugar craving while cooling you off.