Over 70 guests received a behind-the-scenes tour of the newly-revitalized Rainbow Upholstery building this week. Mike Iovino, founder of August Construction and partner of the project, provided an in-depth look at the building and its new tenants. If you weren’t able to make it, we wanted to give you the opportunity to learn more about this downtown project. 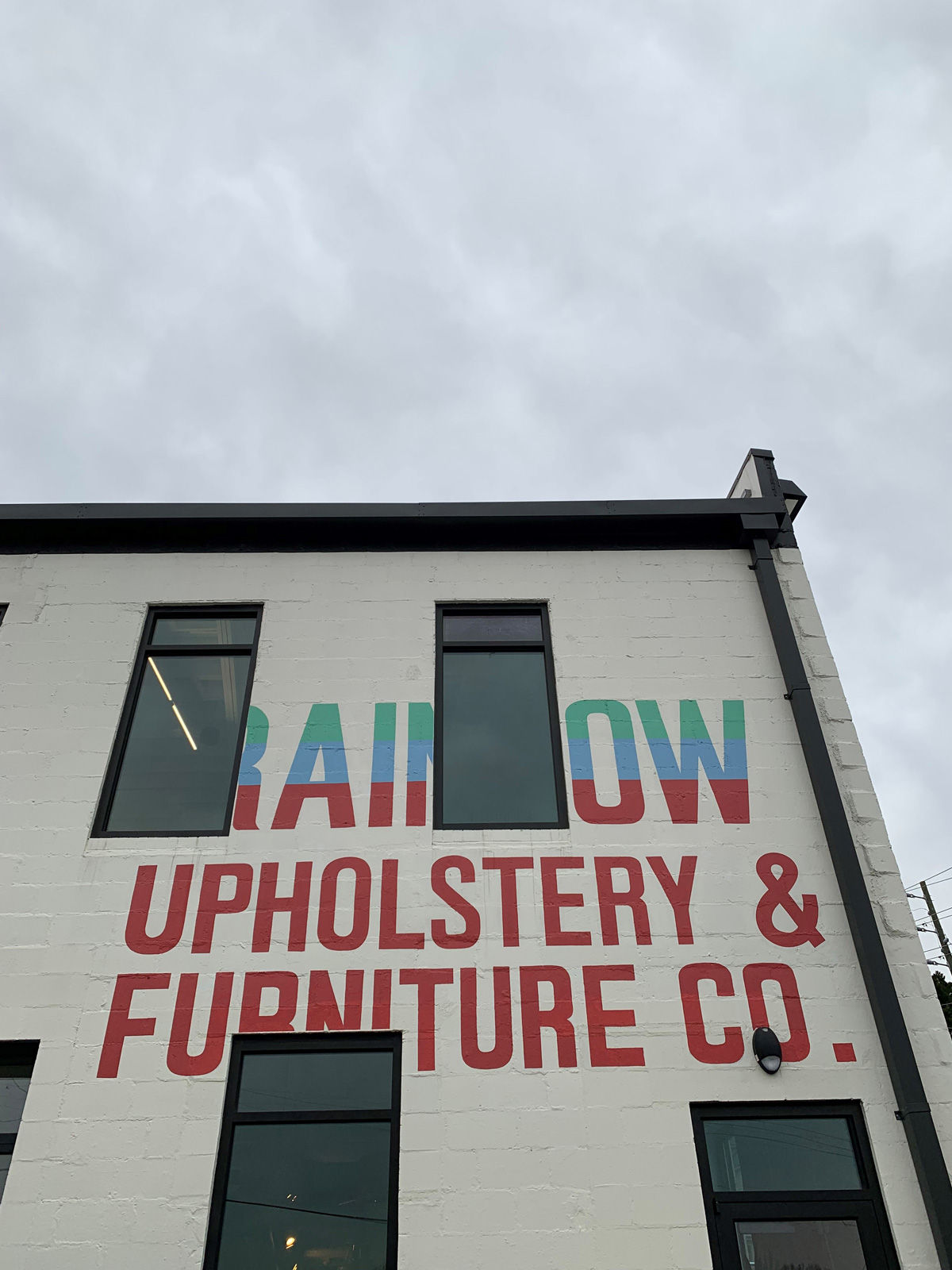 The building, at 911 N. West Street, housed Rainbow Upholstery and Furniture Company for 36 years. In this photo below, you can find the building on the bottom right, across from the baseball park and along the train tracks. The original owner of the company, Delores Powell Glenn, was a dedicated and hard-working woman. She ran the successful upholstery business while changing the lives of those less fortunate. She opened the Rainbow House on Person Street, which housed women in transition from prison. She began training the women to do upholstery work, which provided skills that would lead to future work and success. 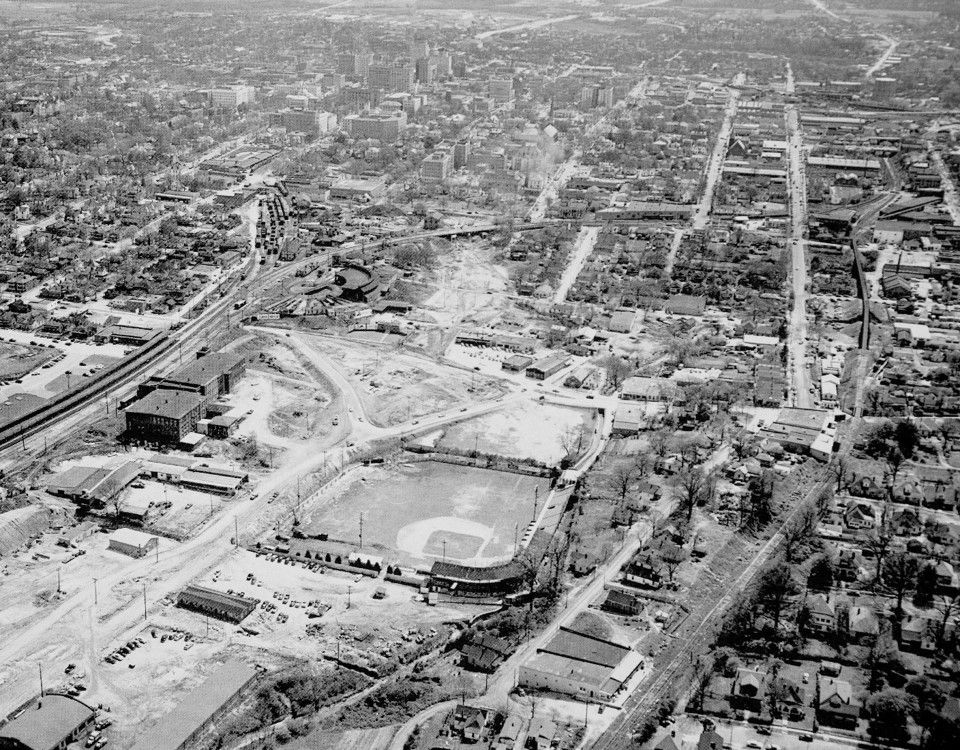 Glenn’s son, Chuck Bullock, inherited the business which is still thriving today. Recently, he partnered with Atlas Stark and August Construction to renovate the building for new tenants. The construction began in early 2018 and now houses 6 tenants, with two more on the way.

Here are some fun facts and highlights of the tour:

One of the main points of the project was to re-use as much material as possible. However, with the type of industrial work that was performed in the building for so many years, there wasn’t much to salvage. The suite that houses Moseley Architects does have the original hardwood floors that were walked on and worked on during the building’s upholstery days. If you need proof, near the front entrance of the suite, there’s a perfect imprint of an iron that was left on the floor. Bullock takes full blame for that. 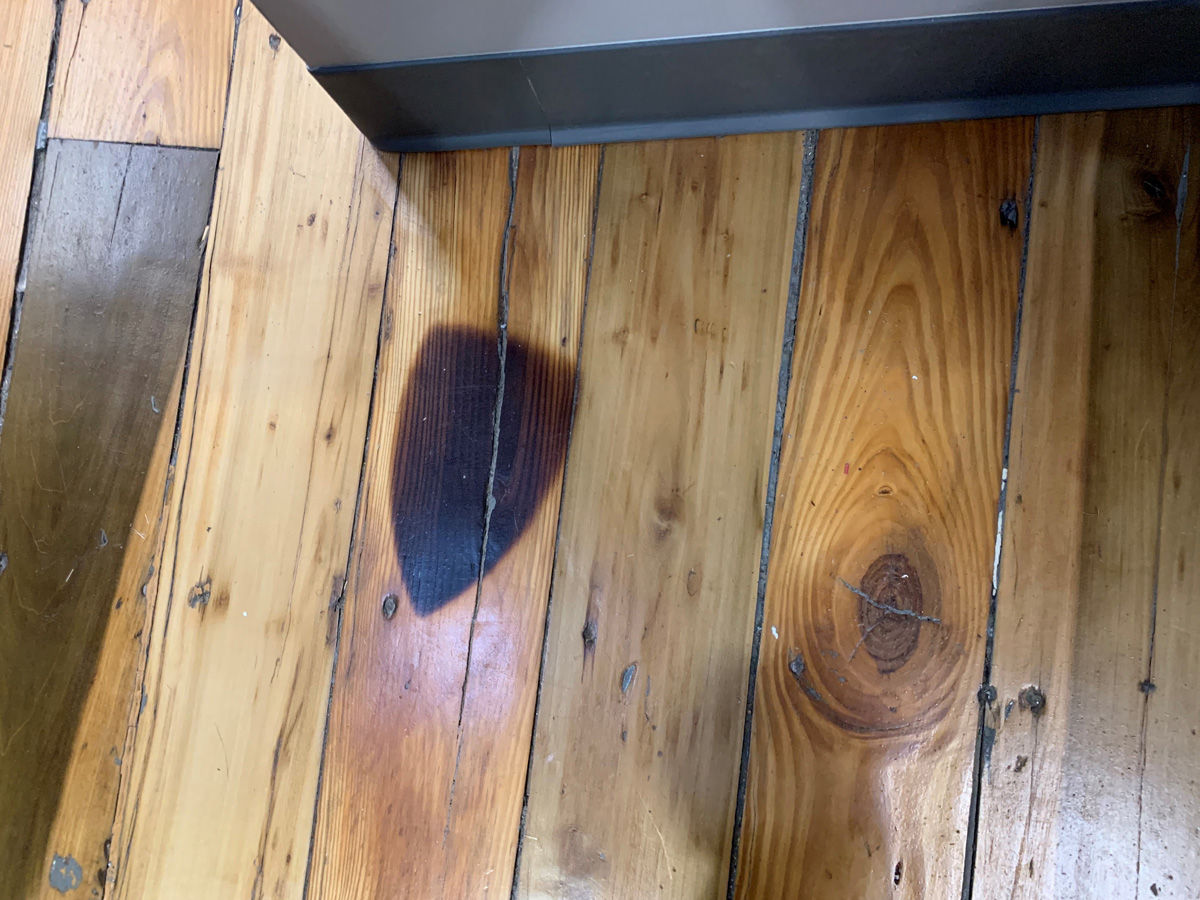 The next suite over is Tiverton and Imagequix. The space has a perfect mid-century-modern feel and is furnished as so. While they were not able to re-use the original wood floors on that side of the building, Iovino was able to find the elusive ash lumber to finish as flooring. Ash trees are currently under attack by a killer beetle, some say is the most destructive forest pest ever seen in the US. 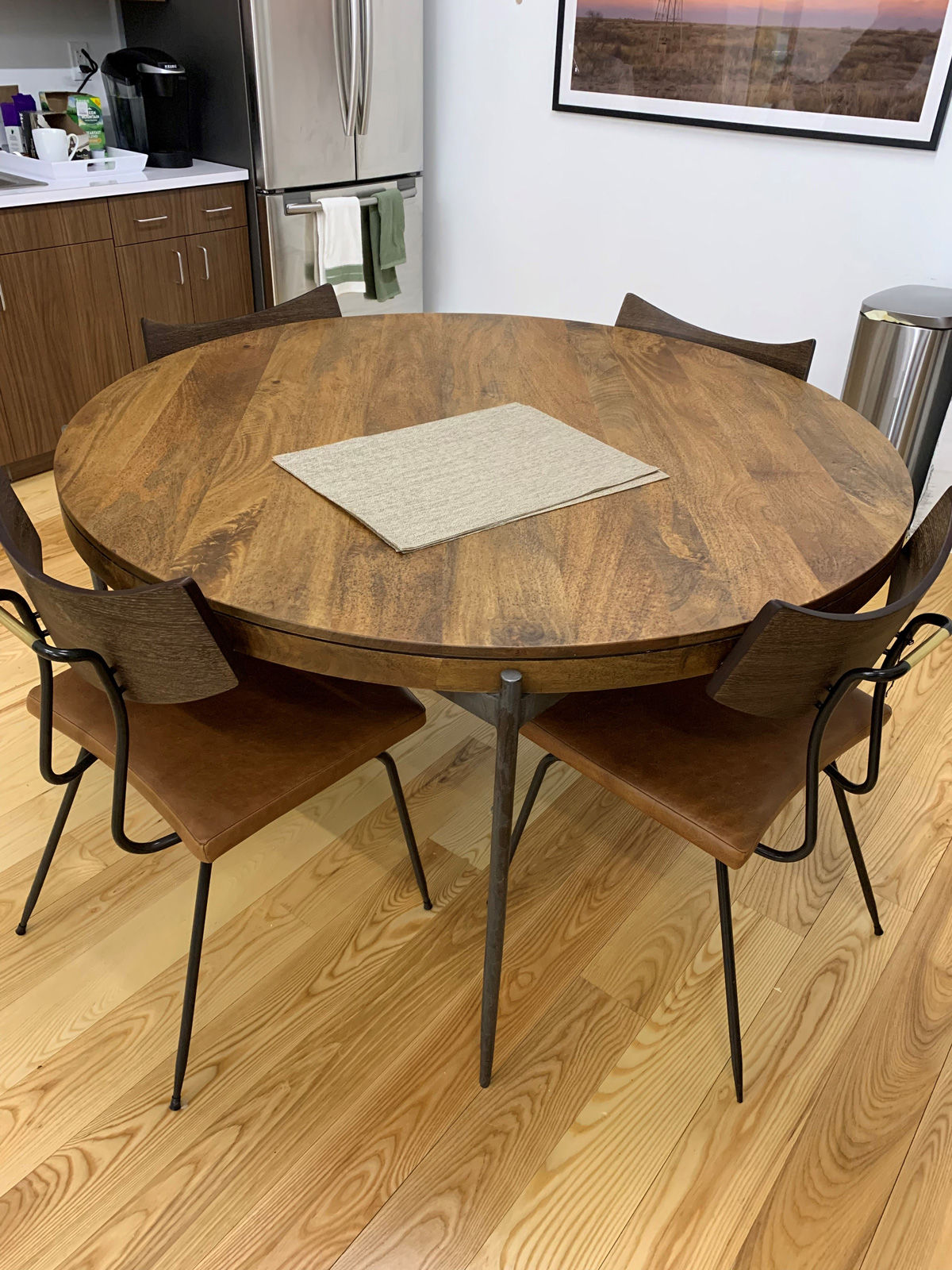 Downstairs hosts Flowcorps, a power pilates studio and the future homes of the Rainbow Luncheonette and the Layered Croissant. The Luncheonette will be a small, short-order restaurant run by owners of nearby The Cardinal. Layered Croissant is a bakeshop concept from a husband and wife team. In the photo, you’ll see the progress for the bakery – they are hoping to complete the renovation soon and open this summer. 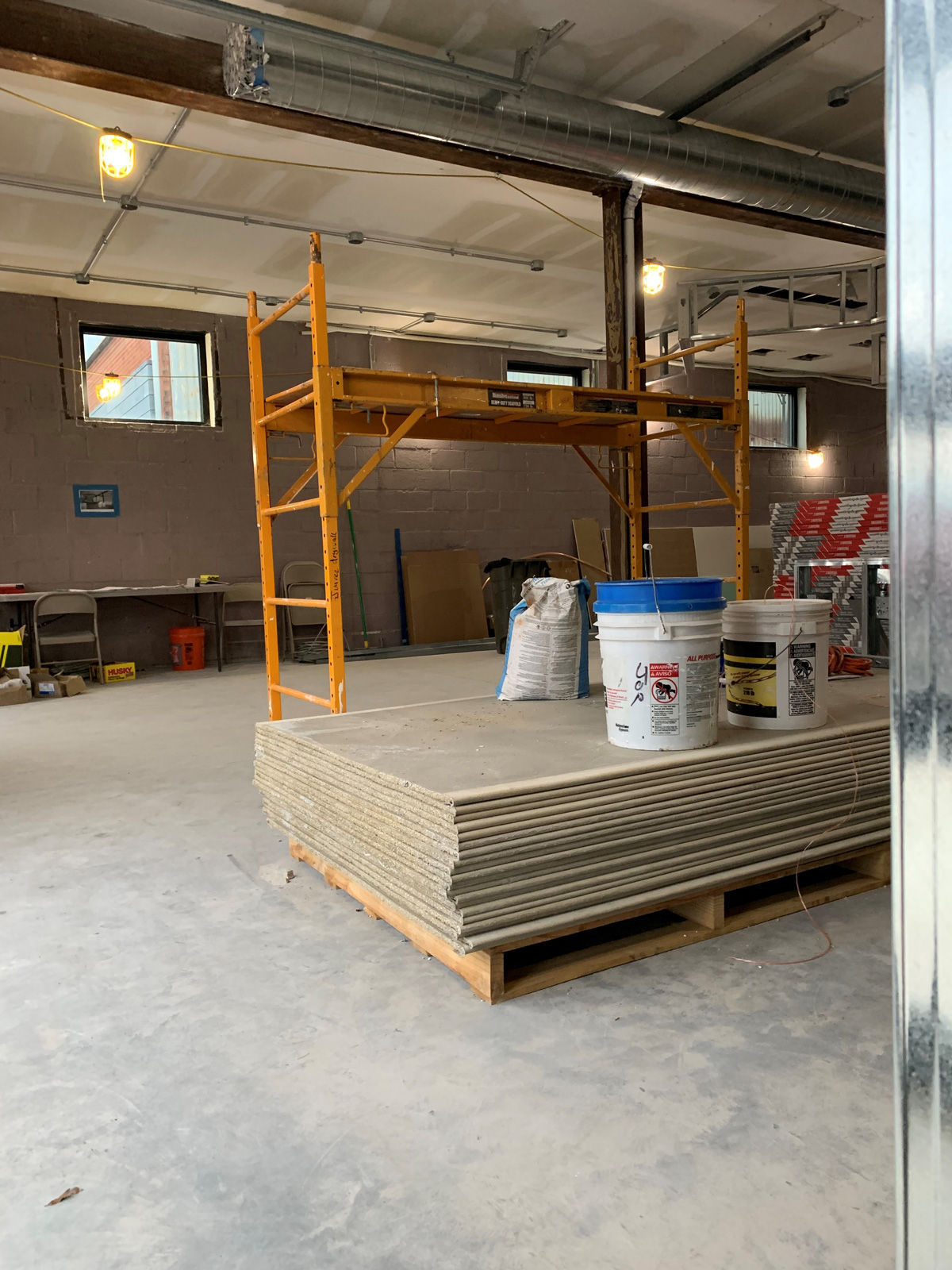 Before we headed over to The Cardinal for some gourmet hot dogs and an after-work drink, some tour-goers got to see the hidden secret. As the tour guides said, and I paraphrase, the building is a true business-in-the-front and party-in-the-back space. Just outside the windows of DeRonja Real Estate offices, the back wall faces the train tracks, about 50 feet away. Between those tracks and the window, there is art – graffiti art – that was a sight to be seen and very different than the perfectly single-colored walls of the rest of the building. 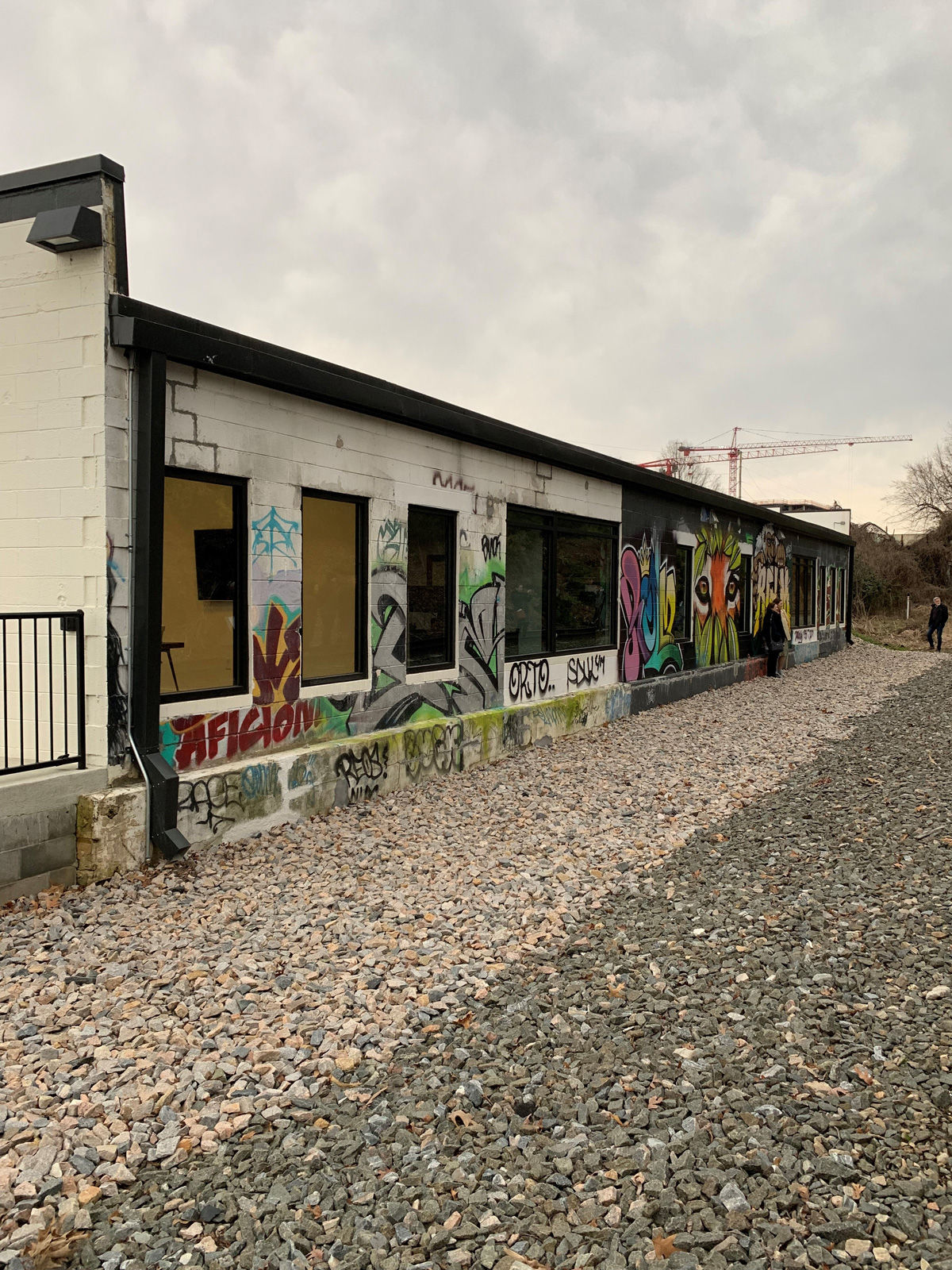 If you weren’t able to make this Discover Downtown Tour and want to check out future options, subscribe to the weekly newsletter to get up-to-date information or keep an eye on the website.

The next tour is right around the corner on Thursday, March 21 from 3:45pm-4:30pm at the City of Raleigh Museum. Attendees will get to explore the basement of the museum and take a look at the thousands of artifacts in storage that have been shown upstairs, or are waiting their turn to be on display. Registration for this tour will be fairly limited, so make sure you sign up on March 5, when registration opens.