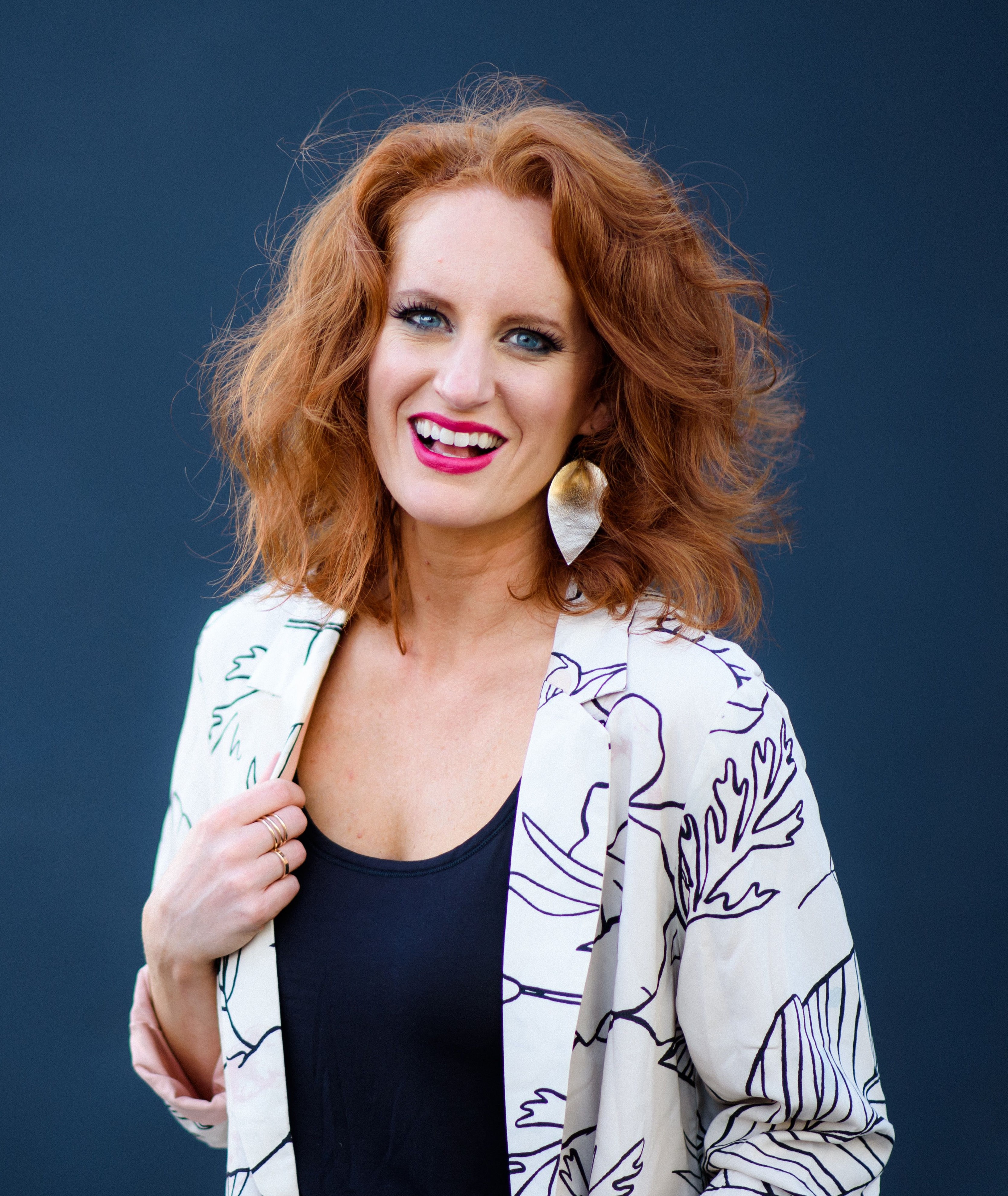 Emily Grey | Founder, The Flourish Market and The Locality

With a past career on Wall Street as a Vice President of Communications and Change Management, Emily Grey brings her ‘win them over’ know-how, delightful enthusiasm, and everyday wit to encourage consumers to use their purchasing power for good. She is a speaker, small business coach, and impact entrepreneur with a special focus on helping makers and brand owners land their products on retailers’ shelves. Six years ago, Emily founded her brick + mortar and online boutique, The Flourish Market, building it to a million-dollar business in less than 3 years with zero paid advertising. The Flourish Market now carries 200+ brands, and every product has a give-back component that drives positive social change. Emily is also the founder of The Locality, a co-working space + incubator program for 60 female entrepreneurs in Downtown Raleigh, NC. 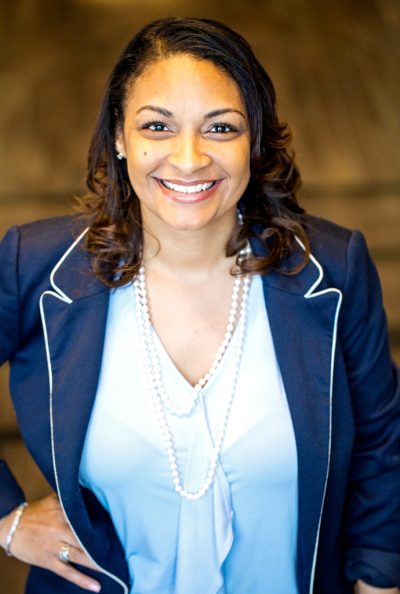 Ikima has remained focused on providing extraordinary experiences to residents, clients, partners, and employees of the company since joining Kane in 2017. She directs the operations and an array of specialized initiatives for a portfolio of mixed-use and multifamily assets throughout the Raleigh-Durham region. She is an NC Realtor, holds a Certified Apartment Manager designation from the National Apartment Association, and is a current CPM candidate for the Institute of Real Estate Management. As a true real estate enthusiast, she is well versed in the local market and has worked in real estate management for over 15 years. Ikima uses her leadership role to foster a team culture of high performance and innovation fueled by creativity and passion. 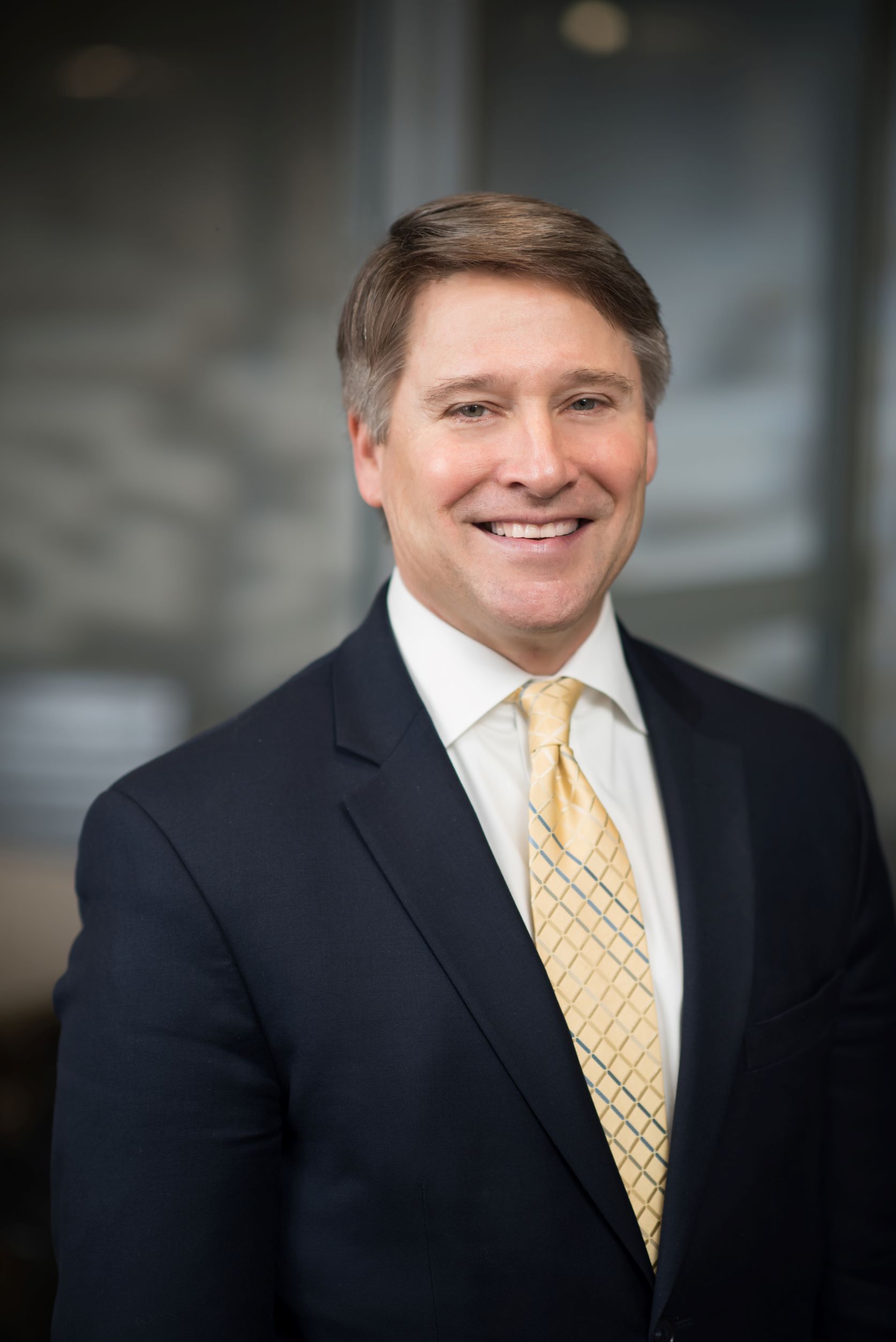 Skip is responsible for overseeing Highwoods Raleigh Division operations, including all leasing, property management, acquisition/disposition, and development activities for its 5 million square foot portfolio. Skip joined Highwoods in 2002 and originally served as Highwoods’ Corporate Vice President of Leasing where he was responsible for the company’s leasing activities nationally. Skip currently serves as Chair of the Board for the Cary Chamber of Commerce, having also served as its Immediate Past Chair for Economic Development. He also actively serves as a Board member and Immediate Past Chair of the Greater Raleigh Convention and Visitors Bureau and actively serves on the Board of Advisors for the North Carolina Children’s Hospital. In the past, Skip has served as Chair of the Board for the Downtown Raleigh Alliance; Chair of both the Triangle and Triad Chapters of NAIOP; Board Member of NAIOP-National; Chair of the North Carolina Chapter of CCIM; and Board Member and Chair for Economic Development of the Greater Raleigh Chamber of Commerce. 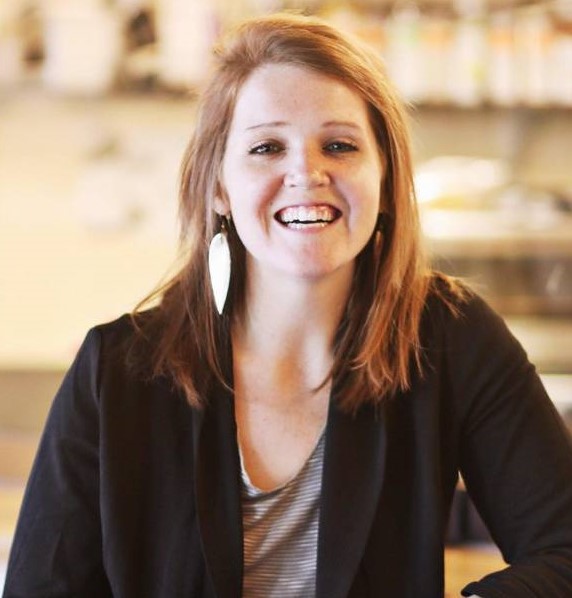 Maggie Kane | Founder and Executive Director, A Place at the Table

Maggie is the Founder and Executive Director of A Place at the Table, Raleigh's pay-what-you-can cafe. She graduated from North Carolina State University in 2013 and began working for a nonprofit with people experiencing homelessness. By befriending many people living on the margins, she knew something needed to be done. February 2015, A Place at the Table was birthed and Maggie never looked back, opening in January of 2018 serving thousands of people in Raleigh with a dignified and affordable meal. Maggie has a heart to serve, a desire to always be inclusive, and a passion for loving people. She lives in Raleigh, loves to jump rope, and eats a large amount of peanut butter. 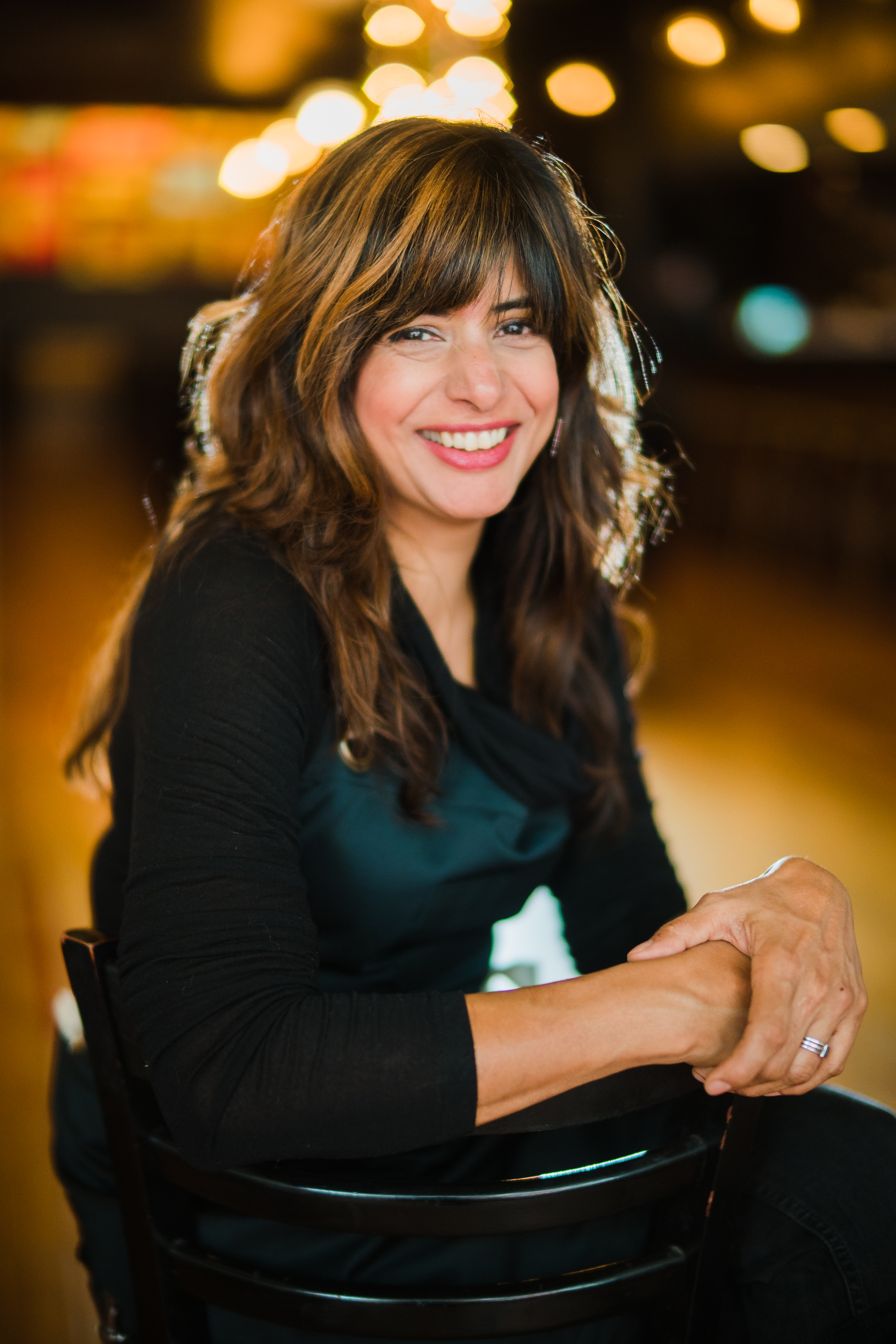 Cheetie is a self-taught cook who studied recipes while pursuing a career as a guitarist in The Cherry Valence and more recently Birds of Avalon, alongside her husband and business partner, Paul Siler. Time on tour and as the owner of the music venue Kings and adjoining cocktail bar, Neptunes Parlour, taught her the value of the independent, artistic spirit that is the backbone of the downtown Raleigh community which she considers home. Upon moving to North Carolina, she embraced the area's culture of readily available renowned agriculture and incorporated these seasonally evolving foods to fit her multi-cultural menus at Garland. She was profiled in the New York Times in October 2018 and Southern Living in September 2019, the Wall Street Journal in 2020 among other national publications. She has been nominated semifinalist for James Beard Award’s "Best Chef: Southeast" consecutively from 2017-2020 and is a finalist in 2020. 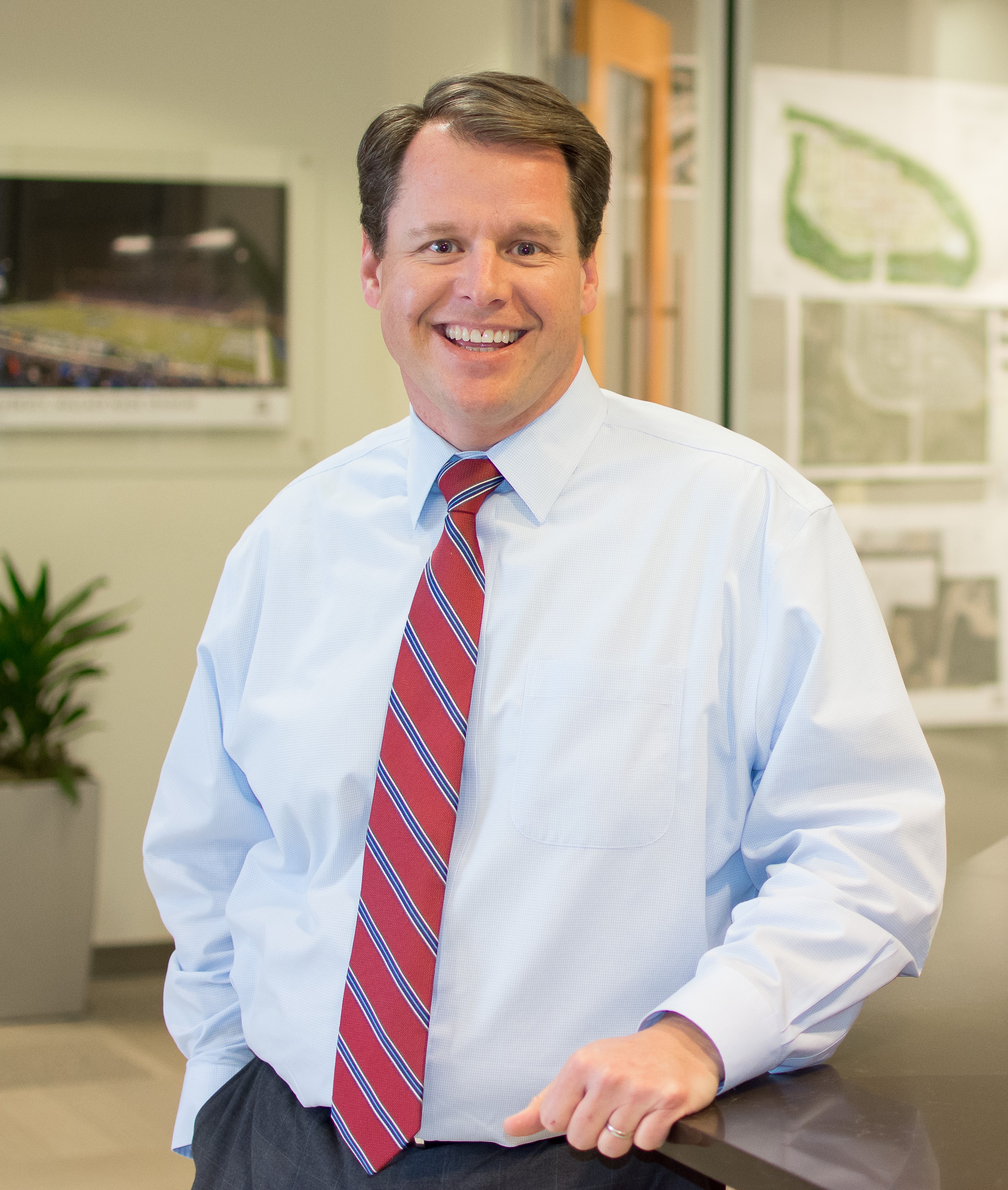 Mike is the directional leader of McAdams, serving as president and chief executive officer since 2010. He started with McAdams in 1997 and has grown with the company, starting as an entry-level project engineer to president. As CEO for McAdams, Mike is responsible for operational oversight of the organization, as well as corporate business development, with a focus on client relations and key strategic initiatives. Mike is actively involved in leadership positions for numerous organizations throughout the community, including SunTrust Bank, Marbles Kids Museum, NC State University’s Civil Engineering Department, Urban Land Institute, and the Greater Raleigh Chamber of Commerce. 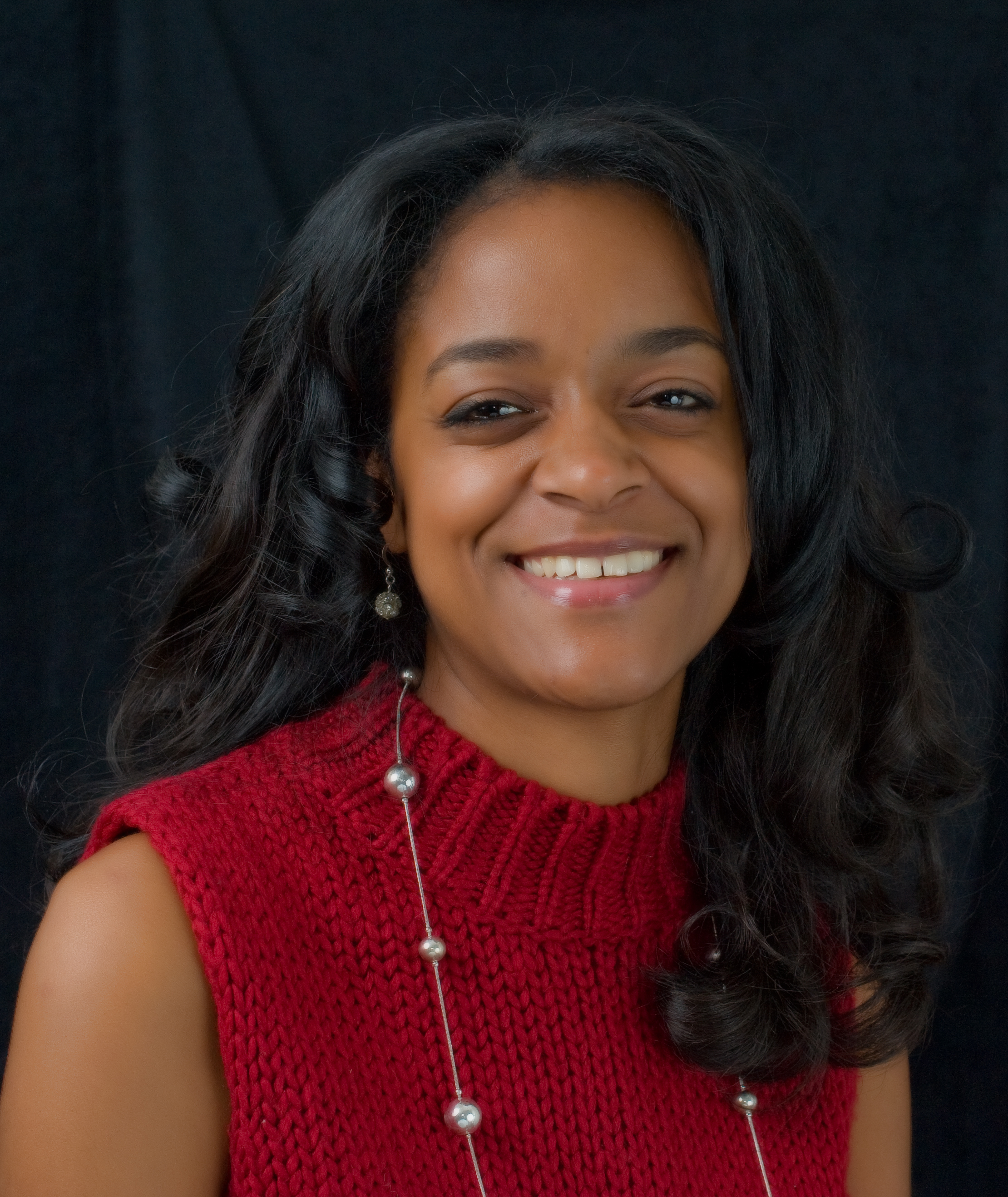 Rachael is a 15+ year hospitality professional with Summit Hospitality Group in the downtown Raleigh market. As the General Manager of the Crabtree Courtyard for 9 years, her 2009 Gold LEED certification accomplishment gave her the knowledge and ability to join the preopening team of the prized Residence Inn Raleigh Downtown as the Director of Operations. This being one of many skills and attributes allowing her the capability of directing the team to seamlessly pursue and achieve a Silver LEED status in June of 2018. When Rachael is not personally serving their guests, mentoring the team, or engaged in new development projects she enjoys event planning which has become a noteworthy part of the Food & Beverage scene by creating awareness for the dining outlets. Most popular are the monthly wine and spirit tastings which have been attended vastly by the supporters of the arts along with NC Theatre, the Carolina Ballet & NC Symphony. 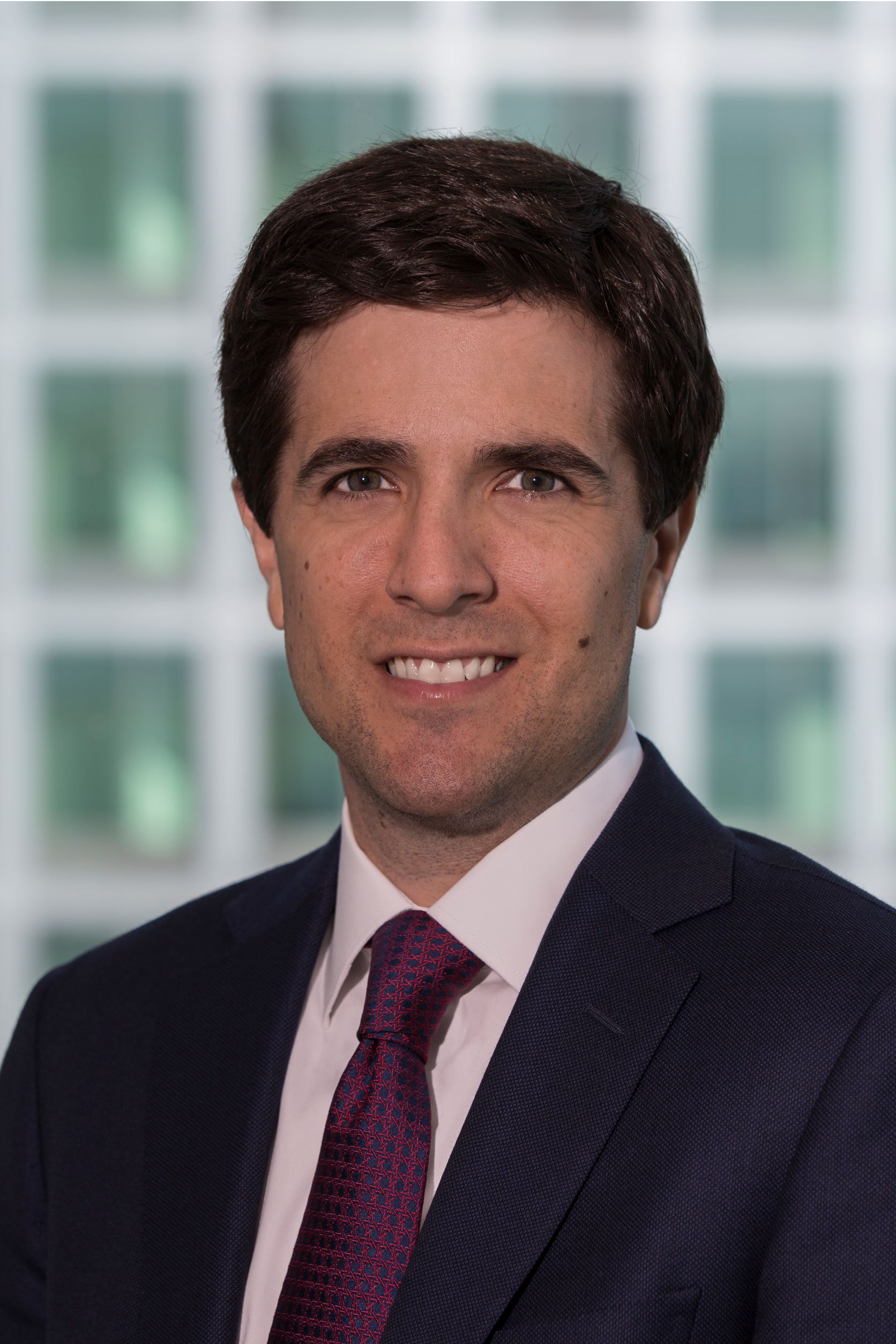 Zac leads The Fallon Company’s strategic vision, investment pipeline, and asset management portfolio in the Triangle region. Zac brings nearly 20 years of development, acquisitions, and capital markets experience to The Fallon Company. Prior to joining the firm, Vuncannon worked in Washington, DC and Raleigh, NC to acquire and develop real estate within the Mid-Atlantic and Southeast regions. Vuncannon received a Bachelor of Science degree with Special Attainments in Commerce from Washington and Lee University in Lexington, Virginia. Zac currently resides in Raleigh, NC with his wife and three daughters. 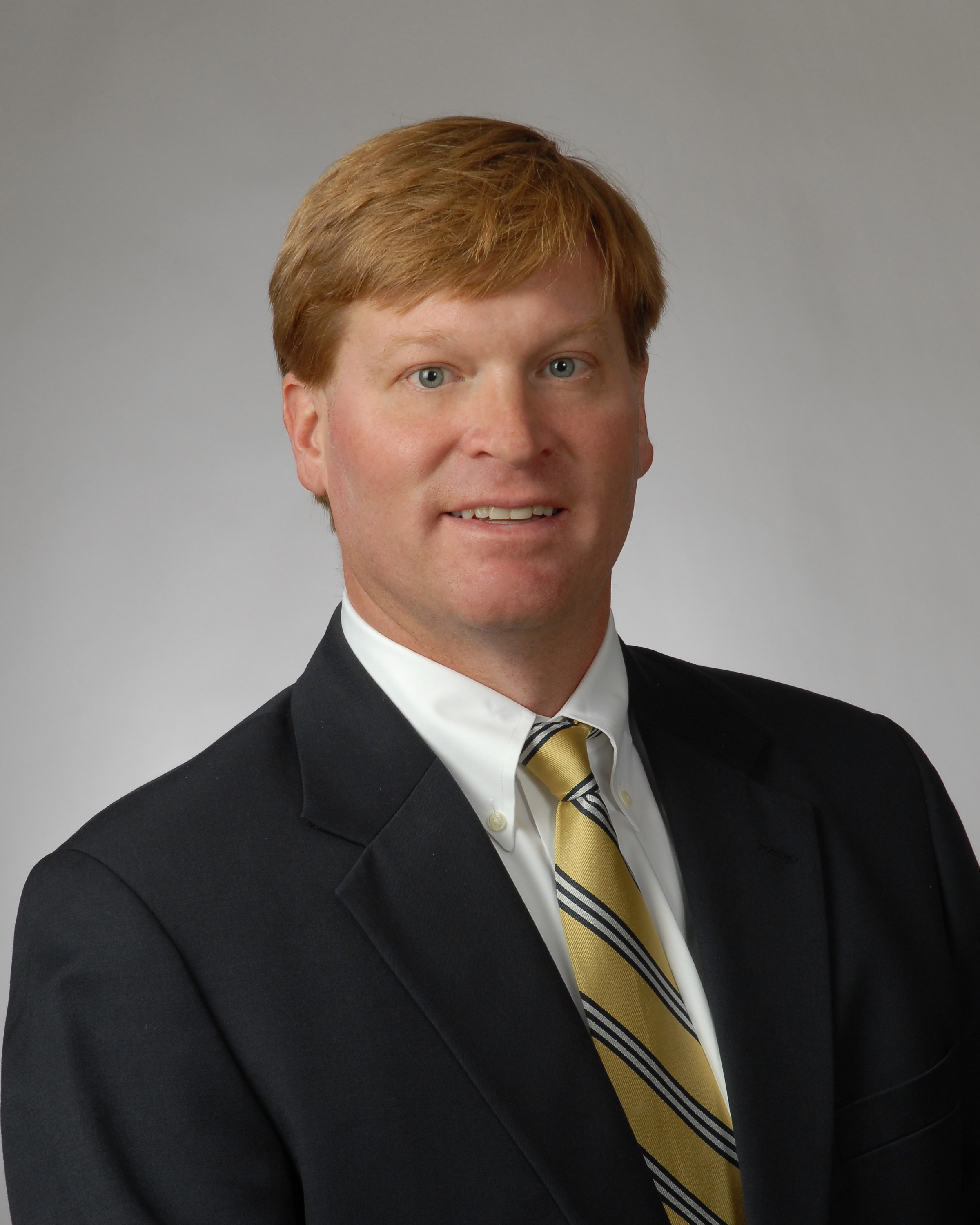 Brad Corsmeier is Executive Vice President of the Advisory & Transaction Services team, specializing in Investor Leasing at CBRE | Raleigh. The team represents institutional owners and investors in the marketing and project leasing of office properties across the Triangle. Utilizing the CBRE platform, Brad is able to deliver multiple disciplines that include market leasing, disposition strategies, site selection and acquisition, asset repositioning, market research and investment strategies. With over 20 years of experience, Brad has been a key player in the Triangle’s most premier leasing and development projects, which have earned him award-winning recognition by The Triangle Business Journal Space Awards and the Triangle Commercial Association of Realtors. As the Investor Leasing team lead, Brad has overseen over 860 leases covering over 10.4 million SF, valued at $1.8 billion since the start of his tenure at CBRE | Raleigh in 2010. From 2010-2020, the annual year-over-year growth average for the team’s transaction value was 81%. 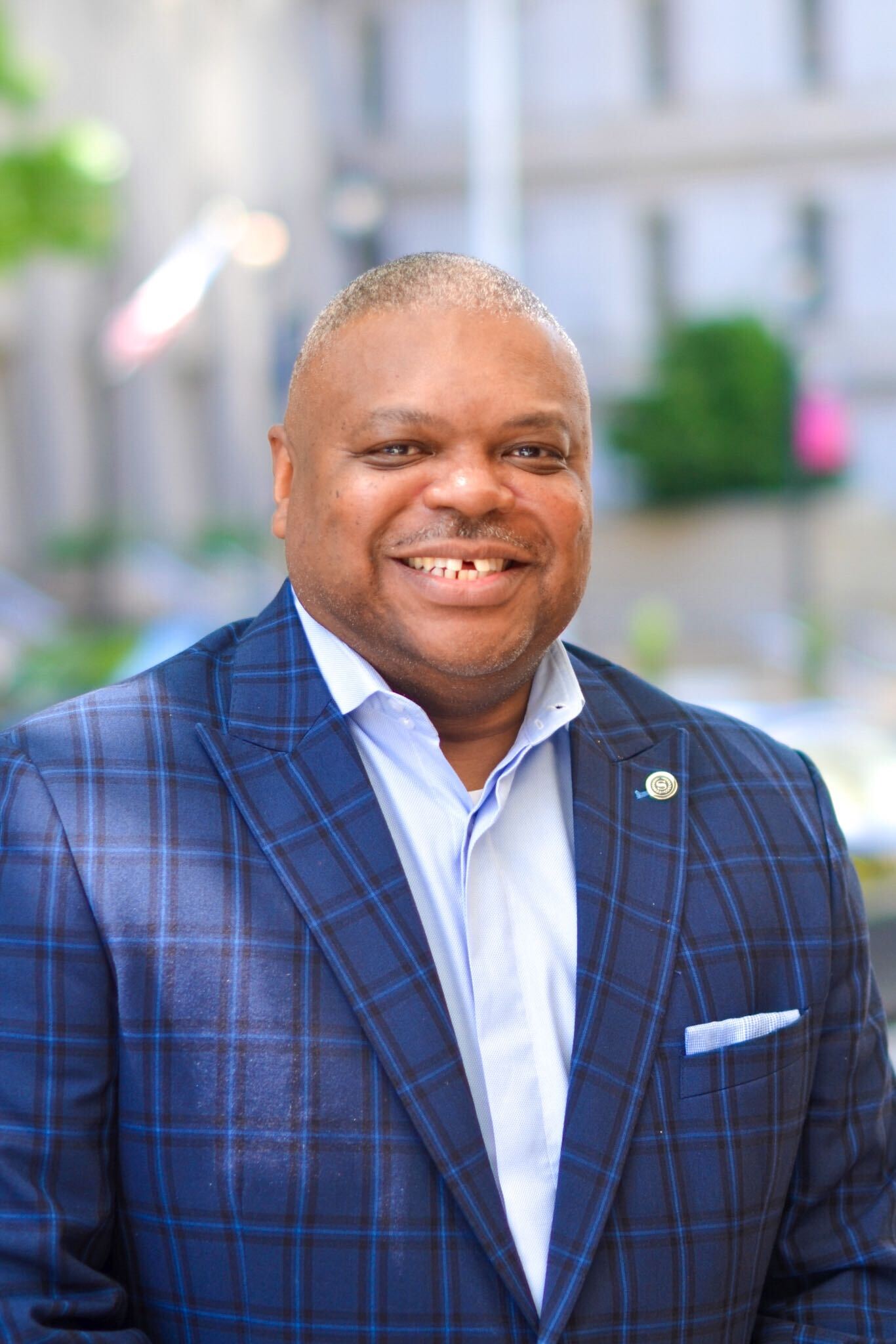 Leon Cox is the General Manager of the Sheraton Raleigh. Prior to moving to Raleigh, Leon was the President of the Charlotte Area Hotel Association and also sat on the Board of Directors for the Hospitality and Tourism Alliance of Charlotte. During his tenure in Raleigh, he has led the Sheraton Raleigh to significant growth in both revenue and profit margins. Due to these increases, the property has risen in value and become a huge partner for the Raleigh Convention Center. Leon has been in the General Manager’s role for the past thirteen years, leading three properties through repositioning and renovations. He sits on The Dereck Whittenburg Foundation Board of Directors, Chancellor’s African American Advisory Board (N.C. State University), and was a past chair for the Raleigh Convention and Visitors Bureau. 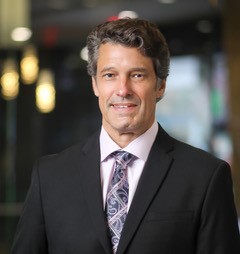 John Florian joined Hoffman & Associates in 2018 as Executive Vice President and is currently leading the firm’s expansion in the Southeast with Hoffman’s first venture the acquisition and re-development of Seaboard Station, a multi-phase mixed-use project in Raleigh, North Carolina. John is also the founder of Florian Companies, a real estate development, construction management, and investment firm located in Raleigh, North Carolina. In addition to having extensive knowledge of the Carolinas’ market, John brings 35+ years of experience in mixed-use development, design, and construction management to the Hoffman team. Prior to joining Hoffman & Associates, John served as Director of Operations for The Donohoe Companies for over 12 years, where he gained experience in operations and construction management. In 1992, he moved to Raleigh, North Carolina, where he later began to grow his business, the Florian Companies, developing best-in-class relationships in the local market. 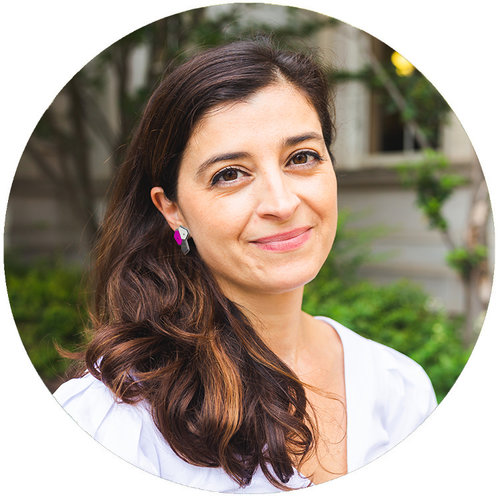 Cecilia is a real estate broker with Monarch Realty Co. focused on multifamily development in and around Downtown Raleigh. Most recently, she lead sales of the Fairweather in Downtown Raleigh, the first urban condominium developed in Downtown Raleigh since before the great recession. Originally from Argentina, she has been involved in International Trade and IT consulting for 15+ years. Her main tasks have always been to put people together and to find people that would be the right fit to work with each other. She attended school in Argentina, and majored in International Trade at Universidad de Belgrano - Buenos Aires. Locally, she serves on the board for Visual Art Exchange (VAE) in downtown and was part of the leadership group for the new Chavis Park master plan.